The Governance Structures of the College consist of a Council which has nineteen members, all Fellows of the College. Council meets six times per year to discuss matters pertinent to education and training. Council sets up a number of sub committees all of which report directly to Council and some of which meet more often than Council. Elections are held annually to Council.

Fellows wishing to be elected to Council must be three years post-Fellowship and in good standing with the College. The mechanism of election to Council is outlined in Standing Orders.  Council members serve five years and are eligible for re-election for a further five years on completion of their first term.

Chairs of Committees are appointed by Council on an annual basis, with a maximum term of office of three years. In addition up to 6 additional members may be co-opted, one of whom is a lay member.

The Executive Committee meets monthly and is chaired by the President. Its membership includes the Chief Executive Officer, Vice President, Honorary Secretaries and Chairs of Education, Training, Examinations and Professional Competence. Its remit is to devise and implement strategy and deal with all operational matters. 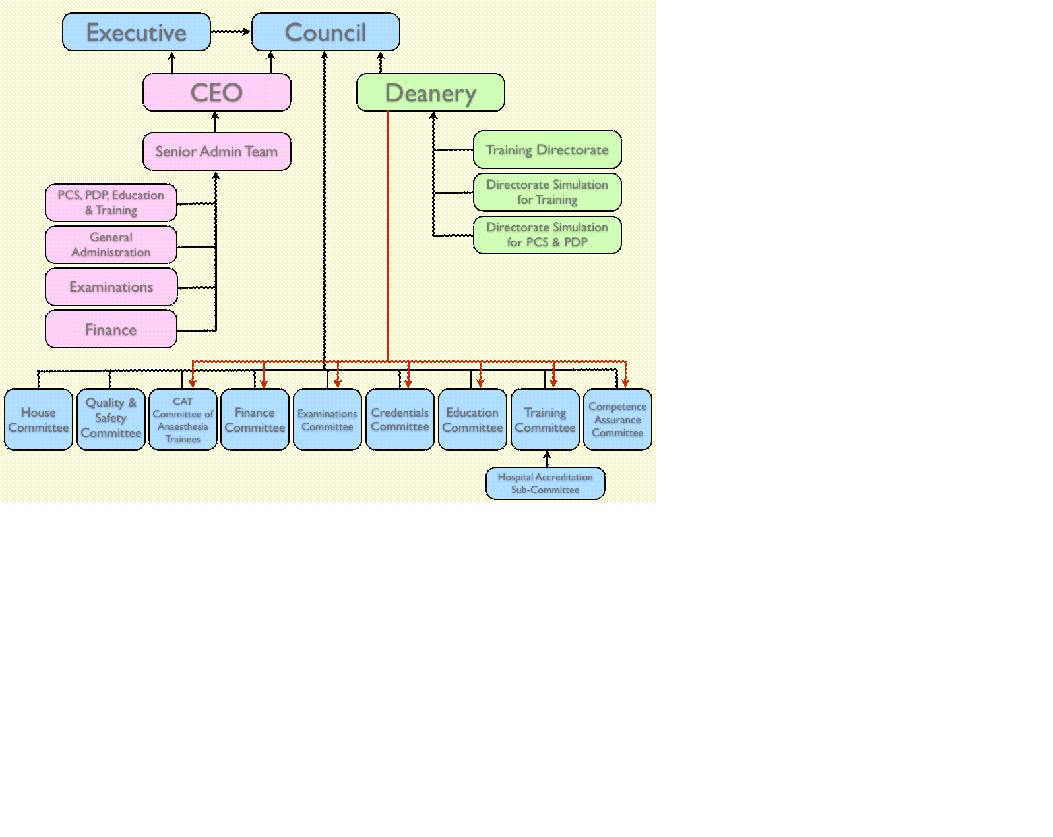