JOHN MAC DONNELL AND THE FIRST ANAESTHETIC IN IRELAND. 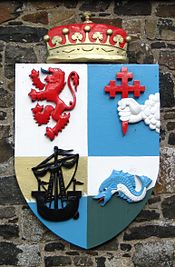 The news that William Morton had successfully demonstrated the use of Ether as an anaesthetic in Boston on 16th October 1846 was not long in getting to Europe. Just over 2 months later Sir Robert Liston carried out an amputation under Ether at University College Hospital London on Monday the 21st December 1846. The January edition (1847) of the journal, the “British and Foreign Medical Review “(1) carried an account of the Morton anaesthetic at the Massachusetts General Hospital and also an editorial by Sir John Forbes adding the information about its use by Liston in the London hospital. This particular journal was available to its subscribers in advance of its publication date and as a result was seen just after Christmas 1846 by Mr. Edward Hutton a surgeon at the Richmond Hospital in Dublin. He in turn showed the article to John MacDonnell, another surgeon at the same hospital. MacDonnell decided to try it out but was determined to see its effects first before using it on a patient. He had a vaporizer made and tried it on himself “rendering myself insensible for several seconds some five or six times” (2)

The patient was an 18 year old girl Mary Kane from near Drogheda who had developed suppurative arthritis of the elbow after getting a thorn in it whilst collecting firewood. She had deteriorated rapidly and was admitted to the hospital two weeks after the injury. After four weeks of treatment she had lost weight and had developed a sacral bed sore. MacDonnell decided on 31st December that she needed an amputation and that he would do it the next day. On Friday morning the 1st January 1847 he gave her the anaesthetic and proceeded with the amputation. He was assisted by Drs Carmichael, Adams, Hamilton and Hutton. Twice during the procedure “she gave evidence of suffering” but when she woke up as the last sutures were being put in place she declared that she had felt no pain. (2)

MacDonnell then immediately proceeded to write up his case report over the weekend and pressurized Arthur Jacobs, the editor of the journal, the “Dublin Medical Press”, so that his account was published in the January edition of that journal. (3)

MacDonnell himself said “I regard this discovery as one of the most important of the century. It will rank with vaccination and other of the greatest benefits that medical science has bestowed upon mankind – it offers an occasion beyond measure more worthy of Te Deums in Christian cathedrals and for thanksgiving to the Author and Giver of all good than all the victories of fire and sword have ever achieved.” (2)

The news of Ether spread rapidly. At a meeting of the Surgical Society of Ireland held at the Royal College of Surgeons later on in January 1847 when MacDonnell had given an account of his experience with Ether, another surgeon from the Richmond hospital, a Mr Tufnell, described how he had already successfully used the MacDonnell apparatus in operations on four injured soldiers. (4) 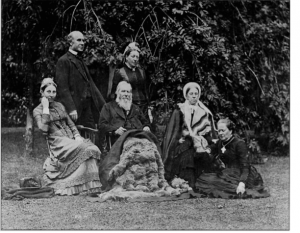 Recognition for the “discovery” of anaesthesia was contentious from the beginning. Following William Thomas Green Morton’s successful public demonstration in Boston on October 16th 1846 he, Horace Wells and Charles Jackson all claimed priority and sought fame and fortune for their respective roles. A fourth claimant emerged in 1849 when Crawford Williamson Long, a physician in Jefferson, Georgia wrote that he had administered a number of anaesthetics some years prior to Morton.1

Long’s grandfather, Samuel Long, was born in the year 1753 in Co. Donegal. In 1762, the family emigrated to North America. With his wife Ann (who was also Irish) and son James, Samuel left Carlisle, Pennsylvania in 1787 for a new life further south. They reached Northeast Georgia in Autumn 1788, settling in the village of Danielsville. James Long became a merchant and planter, clerk of the Superior Court of Georgia, and served in the state Senate. His eldest son, Crawford Williamson Long, was born in Danielsville on November 1st 1815.

Following initial schooling in Danielsville, Crawford was sent to Franklin College in Athens, later to become the University of Georgia. He graduated A.M. in 1835 and taught in Danielsville for a year. Beginning in 1836, he studied medicine under Dr George Grant in Jefferson, Georgia, at Transylvania University in Lexington, Kentucky, and also the University of Pennsylvania at Philadelphia. He qualified in 1839, spent 18 months in New York gaining experience and then returned to Georgia, purchasing Dr Grant’s practice when his former mentor retired.

While in Philadelphia, Long had participated in nitrous oxide “parties” and ether “frolics”. In the winter of 1841/42, he was approached by friends in Jefferson seeking nitrous oxide for recreational use. He had none, but he and his friends used sulphuric ether instead, and were “much pleased with the exhilarating effects”.1 Long suggested to one friend, James Venable, that the latter inhale ether while undergoing excision of a neck tumour. Venable, who was fond of and accustomed to inhaling the drug, had repeatedly postponed surgery for fear of pain. The operation, which took place on 30th March 1842, stands as the first documented case of the use of an inhaled agent for surgical anaesthesia. Venable gave no evidence of suffering during the procedure. 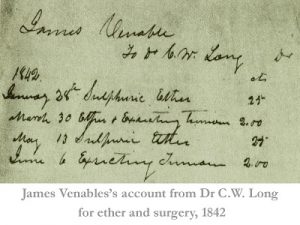 Long excised a second tumour, again using ether, from Venables’ neck on June 6th of the same year. In his 1849 paper, he also provided details of three further operations conducted by him using general anaesthesia over the following three years, in all cases accompanied either in the paper itself or subsequently by sworn statements from the patients themselves or from witnesses. He was aware that some would question the delay in publishing what he had done and wrote that he was content for his medical peers to decide whether he had thereby forfeited his claim to priority in discovery.

In 1851 Crawford Long and his family moved to Athens. After publishing his paper, he did little more to pursue his claim, being content to quietly practice medicine. However in 1853, Senator Dawson of Georgia presented Long’s case to the U.S. Congress. No definite decision was made regarding the matter but Dawson’s presentation was enough to cause the legislature to withhold an award of 100,000 dollars for discovery of anaesthesia which it had intended to give to Morton. Ultimately, no award was ever made to anybody. The Southern Medical and Surgical Journal, in which his 1849 paper appeared, did not have a wide circulation and Long’s work with ether might never have been brought to the attention of the wider world but for the pioneer American gynaecologist J. Marion Sims. In the May 1877 issue of the Virginia Medical Monthly, which was widely read, Sims published an essay on the discovery of anaesthesia, in which he paid due tribute to Long.2 Just over a year later, on June 16th 1878, Crawford Williamson Long collapsed immediately after delivering a baby, and died a few hours afterwards as a result of a cerebral haemorrhage. 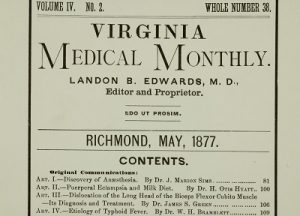 The person who did most to promote Long’s work in Europe was the Dublin surgeon George Mahood Foy (1843-1934). Born in Cootehill, Co Cavan, Foy’s early medical education was in Queen’s College, Belfast. He later attended the Royal College of Surgeons in Ireland. He worked all his professional life in the Whitworth Hospital, later re-named Drumcondra Hospital and now the headquarters of the National Council for the Blind in Ireland. He was a noted linguist, speaking eight languages, and a voluminous writer.

Foy had always been interested in anaesthesia, and in 1889 published the first book written by an Irishman on the subject.3 In it, he referred briefly to Long’s March 1842 ether administration and stated that this remained unknown for some years because of what he described as defective inter-state communication. His 1900 paper, ‘Crawford Williamson Long M.D., The Discoverer of Ether Anaesthesia’ was the first to really bring Long’s name to the attention of British and Irish anaesthetists.4 Foy was acquainted with Frederic Hewitt who was organising the anaesthesia component of the British Medical Association annual meeting in London in 1910, and prevailed upon him to invite Crawford Long’s surviving children to the conference, also asking them to bring Long’s original papers with them. Two daughters of Long’s accepted the invitation. The papers and other items were placed on display in London and attracted enormous interest.

Long’s daughter Frances later wrote his biography.5 In her book she paid fulsome tribute to the Dublin surgeon, praising his espousal of such an apparently hopeless cause as her father’s seemed to be in the 1880s. Long’s work was subsequently recognised by the adoption of March 30th (the anniversary of his first operation on Venable) as “Doctor’s Day” in the U.S.A., the creation of Long County by the state of Georgia, the unveiling of a statue in his likeness in Statuary Hall, Capitol Building, Washington D.C., the issuing of a postage stamp in his honour by the U.S. Postal Service and the opening of the Crawford W. Long museum in Jefferson. 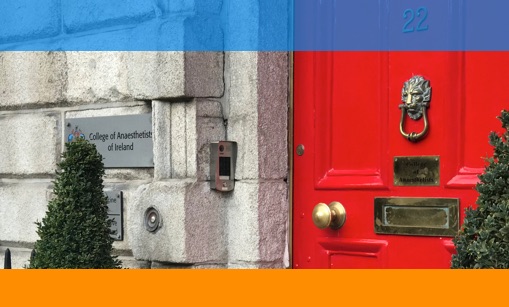